Directed by Martin Scorsese and starring Leonardo DiCaprio, the story, set in 1954, follows two US marshalls visit to an island that houses a hospital for the criminally insane....alternatively they could come here i suppose?

Anyway, they visit the hospital to investigate the mystery disappearence of a female patient .....and gradually all sorts of weird things start happening to young Leo, who is dealing with his own trauma of being part of a US unit who killed a group on concentration camp guards in Germany 10 years earlier as well as the death from arson of his wife.
And it just so happens that the arsonist is in the hospital on Shutter Island.

And thats all i can say without spoiling the films for those who havn't seen it yet. Nothing is as it seems, apparitions appear from the past and this beautifully shot film is full of surreal images and great acting.

Having picked up the dvd cheaply second hand , i'm now off to get the blu-ray disc.

Anyone else seen the film? I bet Daniel has? 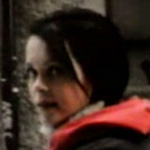 This was a nice and puzzling movie; I watched it in a theater, but I'd have to see it again some time to understand it better.
-I am a true Believer-
Top

Having watched the film, i thought 'the twist' was rather obvious although i didn't actually spot it whilst i was watching it......probably because i was expecting the film to be another genre than it actually was....if that makes sense?

My daughter and her partner saw this at the cinema on release and really enjoyed it, they thought it would be my kind of film so it's on my list. Quite a few in front of it though.
Ice, you were the one most tender with the rivers.
You, the roof of the waves, layer after layer after layer ...
Top

The HMV website sells the dvd for £4.79 (including postage).....well worth it i think and certainly cheaper than the cinema.

I saw this movie too a while ago. I really liked it. The end was something I didn't see coming. Although I really can't appreciate Leonardo DiCaprio's acting. He seems the same in every movie.
Top

I've picked this one up as well since the thread was made all those hundreds of years ago.

It's a great movie, I liked it so much I went on and read the Dennis Lehane novel it's based on - not a genre I normally read, but I was surprised how much I enjoyed that as well.

I'm curious to know what people make of the ending - the bit where DiCaprio's character is sitting on the steps having a smoke with the psychiatrist. He says something rather interesting, about whether it's better to be a bad man and live, or be a good man and die. Anyone who's seen it will know the bit I'm talking about. I interpreted it as indicating that he knows full well what he's doing, which gives it a real haunting sadness.
Ice, you were the one most tender with the rivers.
You, the roof of the waves, layer after layer after layer ...
Top
Post Reply
7 posts • Page 1 of 1

Return to “The big picture”